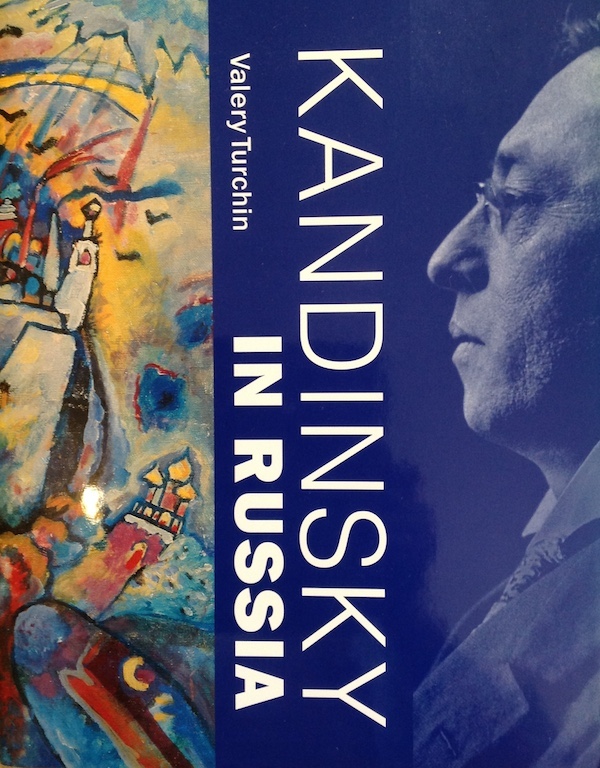 St. Petersburg: Rus muz, 2011. Sewn pb. These articles based on a conference at the Russian Museum publish new research and many visual documents on such topics as Karl Briullov's portraits of Anatolii Demidov (some from private collections), a patron of the Academy of Fine Arts, the apotheosis of Peter..... More St. Petersburg: Rus muz, 2017. Sewn pb. From icon-painting to contemporary art, from the avant-garde to seventeenth-century portraits, the series Pages in the History of Russian Art (Stranitsy istoriii otechestvennogo iskusstva) illuminates many central questions and byways in the history of a major branch of European art. 127 p., 20..... More

St. Petersburg: Rus muz, 2015. Sewn pb. A chalice dating to 15923 and donated by boyar Romanov to the monastery in Tikhvin; a seventeenth-century icon and its possible origins in Dutch prints; a group portrait of the Russian embassy to Holland in the early 16660s; attribution of miniatures; Petrov-Vodkin's painting..... More

St. Petersburg: Rus muz, 2017. Sewn pb. These articles based on a conference at the Russian Museum publish new research and many visual documents on varied genres and periods, and on parallels between Russian art and Western European. Topics comprise seventeenth-century icon-painting, an ensemble of manuscript miniatures from Pogin's great..... More St. Petersburg: Rus muz, 2018. Sewn pb. From icon-painting to contemporary art, from the avant-garde to seventeenth-century portraits, the series Pages in the History of Russian Art (Stranitsy istoriii otechestvennogo iskusstva) illuminates many central questions and byways in the history of a major branch of European art. 367 p., 20..... More St. Petersburg: Rus Muz, 2000. sewn cl. The second of five planned volumes on the period 1900–1950 that comprises the dramatic stages that Russian art history passed through from the styles and movements the late imperial period to the creative explosion and then suppression of avant-garde painting, and finally the..... More Moscow: Muz Maiakovskogo, 2006. pb. This catalogue of an exhibition uses the rich archives of the Mayakovsky Museum to focus on one of his fellow futurists the poet Vasilii Kamenskii. The work of poets and artists was so closely intertwined at that time (ca. 1912) that many literary works were..... More St. Petersburg: Zolotoi vek, 2009. sewn cl. Sixty museums and private collections in Russia and in other countries, including France, the United States, central Asian countries, contributed works to this catalogue of an exhibition at the Manège Central Exhibition Hall in St. Petersburg. Besides over 250 of Roerich’s own works..... More St. Petersburg: A-G na Neve, 2008. sewn cl. The artist presented in this series of books Avant-Garde on the Neva does original watercolors, lithographs, and artist's books. His principal theme is the vitality in contemporary art of avant-garde experiments of the early twentieth century. 206 p., 28 cm, approx. 200..... More St. Petersburg: Petronii / Herm, 2014. sewn cl. Paring away all detail, the artist strives to render the essence of his subjects: a patient and doctor, lovers, a moonlit night, a walk in the rain are all distilled into the forms and colors that make them what they are without..... More St. Petersburg: Timofei Markov, 2013. sewn cl. In 1974 on the 90th anniversary of the birth of the poet and playwright and artist Vladimir Maiakovskii Sergei Kovenchuk illustrated Maiakovskii's famous play "the Bedbug." The illustrations were first banned, and in this edition the artist recounts the history of his work..... More St. Petersburg: Rus muz, 2015. Sewn cl. In this Russian Museum catalogue we see a contemporary Russian artist adept at representational art — his early works of the 1980s have a stark realism reminiscent of Grant Wood — but also fond of introducing innovative contemporary twists. For example, in his..... More St. Petersburg: Rus muz, 2016. Sewn cl. This catalogue of the an exhibition of the Ludwig Museum in the Russian Museum, the Russian Museum's branch focusing on Russian and Western contemporary art, publishes an artist who, like Wyeth in his seaside paintings, is enthralled by the beauty of water in..... More Moscow: In Artibus / DEFI, 2019. Sewn pb. Chapter tittles: Khardzhiev's archive: the end of history; V. B. Shklovskii's helpers; Khardzhiev's work on publication of Khlebnikov's mss. and the history of futurism; Letters of those active in the avant-garde; "I am off to war": letters of Velimir Khlebnikov to his..... More Moscow: In Artibus / DEFI, 2017. Sewn pb. Khardzhiev write on literature and art and formed friendships with many of the inventive and brilliant artists and writers of the Russian avant-garde. Recognizing already in the 1920s that the work of such contemporaries as El Lisitskii, Kazimir Malevich, Petr Miturich, Aleksei..... More St. Petersburg: Evropeiskii universitet, 2015. Sewn pb. The author has tapped many sources - internal documents like charters and protocols, correspondence, exhibition catalogues, reviews in newspapers and journals, photographs - to determine whether the artists' association that first exhibited in 1870 was an aesthetic movement or a pragmatic union seeking..... More St. Petersburg: Herm, 2009. Sewn pb. The Hermitage in this exhibition honors the donor, Lidia Delektorskaia, of a major collection of Matisse works. Lidia Delektorskaia was orphaned in the cholera epidemic that struck Soviet Russia and emigrated to France with her relatives as a young woman in the 1920s, worked..... More St. Petersburg: Slavia, 2009. sewn cl. This catalogue of a Hermitage exhibition in Kazan has a double focus: first, ancient art — cameos, vase-painting, sculpture — depicting mythological figures; second, European art of the fifteenth to the eighteenth century in which artists of the Renaissance, baroque and neoclassical periods draw..... More